FOHOW Technology Investment Group Co., Ltd. (here in after referred to as “FOHOW Group”) is an international group company incorporated by Mr. Yu Fei and his partners in Hong Kong. It is mainly specialized in the research, production and sales of natural healthcare products made from traditional Chinese medicine.

After over ten years of growth, FOHOW Group has undergone continuous expansion, with its subsidiaries being established in Beijing, Tianjin, Guangdong and other cities, of which there are one research institute and three plants where healthcare products are manufactured.

Zhuhai Yude Health Care Research Institute was established under the guidance of Professor Tang Youzhi, emeritus dean of China Academy of Chinese Medical Sciences and attending physician of former Chinese chairman Mao Zedong. It is the first Chinese professional healthcare research and development institution under FOHOW Group, with Professor Tang Youzhi as the emeritus dean and concurrent chief expert. Three systems— Research & Development Center, Test Center and Trial-manufacture Center have been formed in the Institute which is in possession of a first-rate team of research and development, consisting of famous herbalist doctors, biologists and technical engineers. The powerful contingent of research and development has offered guarantee for the leading technology used in product manufacture and scientific formulas, thus serving as a solid foundation for the development of first-rate quality.

Currently, various healthcare products of FOHOW Group have been exported to many countries and regions such as Russia, Lithuania, Uzbekistan, Kazakhstan, Mongolia, Israel, Poland and Germany. Meanwhile, its headquarters has been established in Europe (Moscow) and such branches as in Lithuania, Uzbekistan, Kazakhstan, Mongolia, Yekaterinburg and New Siberia have been founded, with the products having been scheduled to be launched into Southeast Asian and African markets.

Substance may be decreased as a result of consumption; it is culture that exists permanently.

“Releasing enthusiasm to realize dreams” is the team culture we are seeking for. It symbolizes our fearlessness of difficulties and frustration, our ordeal towards eminence, and our aspiration to bring auspiciousness, blessedness, health and success to the people around us, just like what a phoenix does in Chinese tales.

Product-carried culture we are in pursuit of is offering service to people’s health through following three healthcare ideologies (healthcare via mentality, behavior and diet), yin-yang theory, five-phase theory and diet methods of “Clearing, regulating and nourishing”. This is an integral theoretical system, the practical value of which has been proved by people’s practice over five thousand years. We are convinced that this culture will make greater contribution to people’s health.

Featuring remarkable effect, pollution-free property, safety, possession of self-own intellectual property rights as well as such formulas and technics as hard to be imitated, these products have earned favorable comments and acquired distinct market effect at home and abroad. 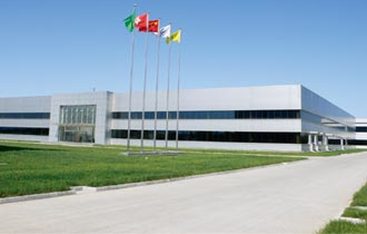 FOHOW Group is in possession of a conscientious, dedicated, harmonious and highly-efficient management team which is cored with Yu Fei, the president and concurrent CEO.

Qu Junsheng, vice-president and concurrent general manager of European Area, is a professional, dedicated, conscientious and highly-efficient enterprise leader who is well experienced in marketing management (over ten years). With his guidance and efforts, European market of FOHOW Group has experienced rapid growth since its foundation, and increasing number of dealers have made success by virtue of his assistance.

Having held the post of senior management in state-owned enterprises, privately-run enterprises and famous large-scale international groups, Li Fan (vice-president) is well experienced in business management and market operation. Under his personal efforts, the activity of the first China-touring group of excellent dealers as organized by FOHOW Group has won favorable comments from dealers with its preciseness, high efficiency and considerateness. It is under this leadership that a brand-new and vigorous on-line work platform with complete functions as well as a simple and practical mode of product popularization will come into existence in the near future.

It is Strategic Development Committee of FOHOW Group that offers great support for FOHOW’s cause. As a brainpower of the Group, the committee has provided it with correct strategic orientation and operating strategies.

Mr. Han Jinming, chairman of Strategic Development Committee of FOHOW Group, is an expert in enterprise’s developmental strategy and business management, with many years of experience in the operation of international market and capital. He is a conscientious leader with great personal charm.

Professor Tang Youzhi, chief expert in Strategic Development Committee of FOHOW Group, is the obtainer of “Albert Einstein World Award of Science”, emeritus dean of China Academy of Chinese Medical Sciences, and a well-known expert in traditional Chinese medicine in China. As a healthcare doctor of former Chinese chairman Mao Zedong, he has offered health care and medial treatment to heads of many countries for many times as a deputy of Chinese Government and herbalist doctors, thus enjoying high reputation in China and even around the world. Professor Tang Youzhi is the founder and leader of Product Research & Development System of FOHOW Group.

In Strategic Development Committee of FOHOW Group there are also many senior marketing experts who have been providing FOHOW Group with reference to decision making and resource integration in line with the Group’s strategies in both domestic and international market.

Fostering the culture of health care to benefit people’s health.
“Fostering healthcare culture to benefit the public’s health” has been set by Mr. Yu Fei and his partners as the goal and operating logo of FOHOW Group. Adhering to this logo, FOHOW Group will become more powerful, influential and persistent.